Jess Franco's Succubus (Necronomicon) (1968) has a sensational production history and release. It's original collaborator and producer, Karl Heinz Mannachen and Adrian Hoven, respectively (the former was visited by Franco with a eight-page script after Franco came up with the film's idea) could only secure enough money for a few days shooting in Lisbon, Portugal. At risk of running out of money for the production, Hoven invited his millionaire friend, Pier A. Caminecci, to the set to induce him to invest the production. It worked. Caminecci took over Succubus financially and even secured himself a part in the film. Upon completion, Caminecci gave money to Franco, Hoven, and Mannachen and made his own cut of the film, which was retitled Succubus for the English-speaking market, where it was successful (U.S. and England). This is the version here under review. Apparently, Caminecci's inducement to finance the film was a strong attraction to its star, Janine Reynaud, with whom Caminecci began an affair during its production, while her husband, Michel Lemoine (who had a part in the film and also a film maker himself), remained in the background. One of the most famous fans of this film is legendary director Fritz Lang, who described the film as a "beautiful piece of cinema." 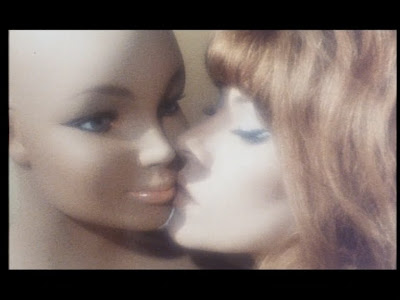 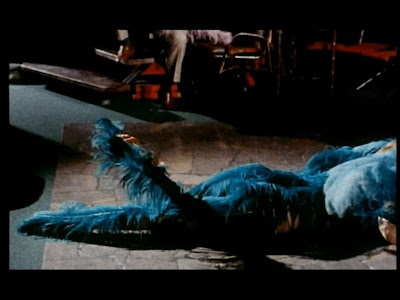 Not having a fondness for writing plot synopses and frankly believing I am completely unable to do so here, I will forgo even attempting writing one. Interestingly and unsurprisingly, Franco had "virtually no script" for Succubus (Necronomicon) and would write dialogue scenes the night before shooting, while in the morning star Jack Taylor would translate the Spanish dialogue into English. This film is all about Janine Reynaud: the star who would capture the attention of its producer; whose character, Lorna, is the total desire of the other characters; and whose images could only be captured by Franco. Succubus is a fitting title for a film about a seductive woman who also hides a darker side. No one is more seduced than the viewer with Jess Franco's dreamy and surreal film. 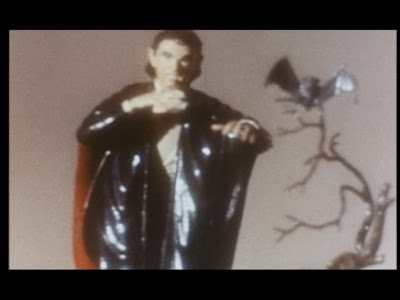 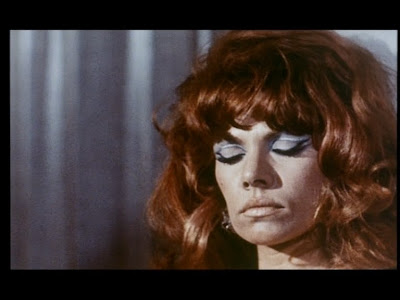 The opening sequence is powerful. Reynaud's Lorna, brandishing what seems a riding crop, comes out of darkness to encounter a bound female and male, both scantily-clad in tattered bits of clothing. She has her way with the two. A pervasive feeling within the scene, although the two look raggedy and bound intentionally, it seems the two are willing captives, seduced by a powerful sensuality. Jack Taylor, as William, comes home to his apartment, after a night's drinking at the cabaret, where's Reynaud's opening was revealed as a performance. Mysterious Lorna is waiting for him and the two go to bed. These two opening sequences are mirrored at the end. Mysterious Lorna is still in William's apartment when he gets home (to his surprise) and she takes him into his arms. Lorna performs her act as a rehearsal, just before this scene, which ends when another power takes over Lorna (possibly someone whom she is under control? The film dissolves time to time into the eyes of a character, beckoning to her). 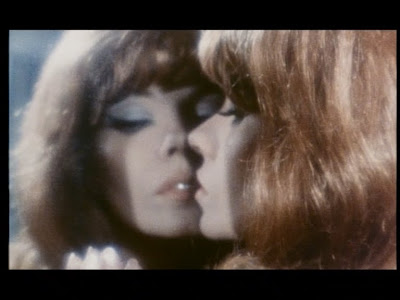 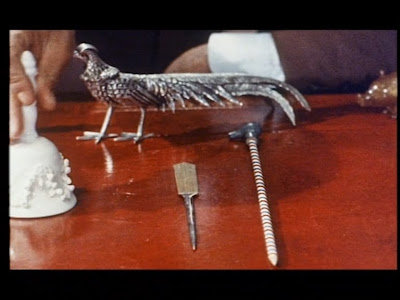 Symbolism is pervasive throughout Succubus with a heavy emphasis on the meta aspect of capturing female imagery. Gorgeous Lorna seduces a beautiful young blonde woman (again, seduced or willing lover is unknown) in a scene littered with mannequin models which Franco places side by side his female characters. All of the characters in Succubus are drawn to Lorna: she has two encounters where strangers approach her whom Lorna denies knowing; the people in her life, like William, are extremely possessive of her; and there is possibly one character who is controlling Lorna in a mystical or supernatural way. Ultimately, Succubus is a film about a desire to capture and possess the female spirit, despite making any true attempts to understand or accept it. A beautiful-looking film, I was entranced during its whole running time. 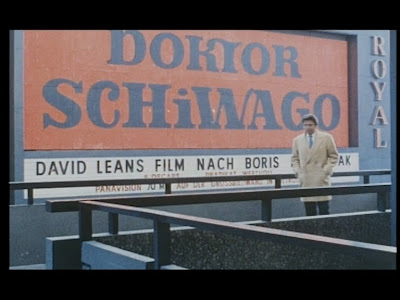 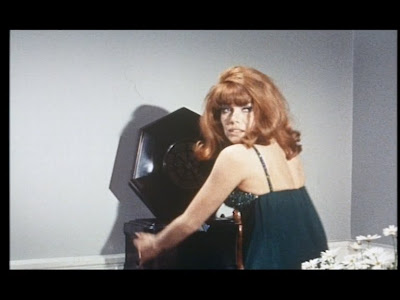 One of Franco's best, this. Wonderfully dreamlike atmosphere, oodles of symbolism and enigmatic imagery and Reynaud literally dominates the film.

I read Cathill and Tombs' 'Immoral Tales' about ten years ago: I was just getting into directors like Franco, Rollin and Borowitz and that book was my Bible.

Samuel--quality wise and for supplements the Blue Underground disc is the way to go (also a longer cut, I believe). I picked up this Dutch disc for review (cheaply) so I could view the Caminnecci cut for the English-speaking market. Thnx for visiting and commenting. I always appreciate your support.

Neil--we're simpatico on Succubus. Great minds think alike.:) Immoral Tales--what a book! An excellent genre work, both as an introduction and as a rich analysis of five important genre directors. Always appreciate your stopping by, Neil, and thnx again.

Excellent review, Hans. I invited a succubus over for Thanksgiving. And that is large and in charge.